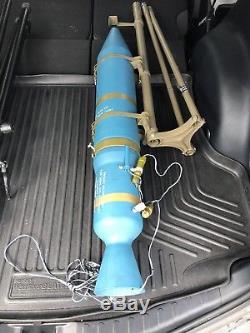 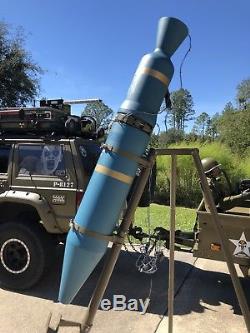 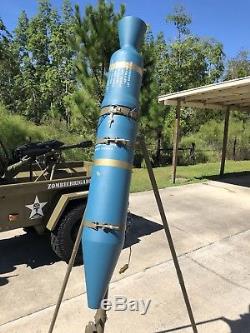 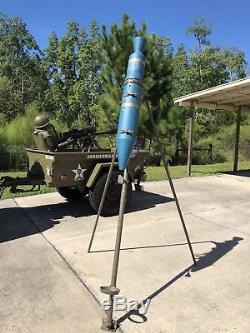 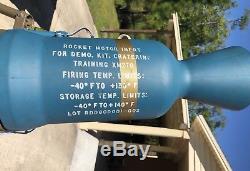 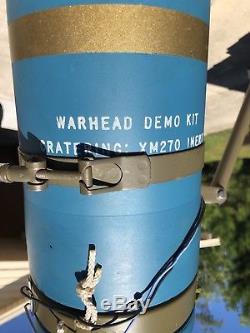 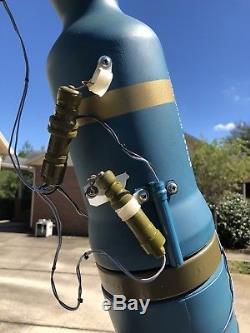 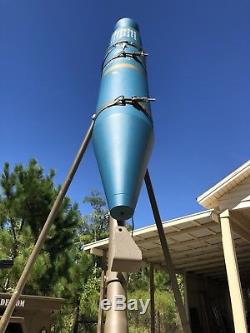 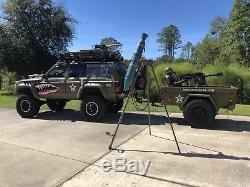 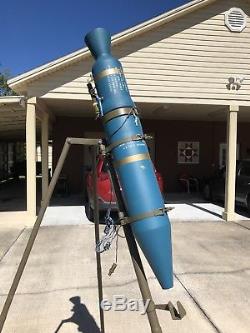 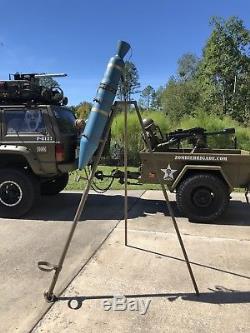 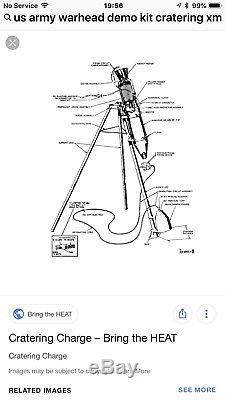 T his item was a US Army training tool called a War Head demo kit, Cratering XM270. From what I can see there might be a few pieces missing, but not sure. But most of the main pieces are here. It is a very cool unit and would be great as a display for your business or for any man cave! Unit comes in as in condition.

This is a non-functioning display demo kit, inert, for display only. Below is an article I found online about the real one and what it was used for.

Since were on a bit of a kick talking about the Engineers lately, heres one of my favorite pieces of their kit. As noted, the three primary missions of the Engineers are mobility, countermobility, and survivability. Countermobility is denying the enemy freedom of movement, usually by obstacles to block, delay, channelize or turn him. Common obstacles include concertina wire, anti-tank ditches, minefields, and abatis. In places where a critical road route cannot be bypassed, such as a cut through a pass, cratering the road is an excellent method of delaying the enemy.

The use of explosives to move earth is something of an art and a science. Simply placing a large pile of C-4 on the road will do little. A slower burning explosive such as ammonium nitrate/fuel oil (ANFO) or H-6 is preferred, as it give more of a push than faster explosives, which are more of a cutting effect. Also, a cratering charge, not surprisingly, has to be buried in the ground to have any militarily significant effect.

In areas of soft soil, this can be achieved with a pick and shovel. But since were talking about cratering a roadway, that option is somewhat less attractive. It is both difficult and very time consuming.

The Army, therefore, came up with a novel system to quickly emplace and explode a cratering charge that requires no preparation of the site, only the charge itself, using off the shelf components to field a rather ingenious device. The M180 Cratering Demolition Kit is two explosive warheads and a rocket motor mounted on a tripod.

Once the tripod and charges and associated det cord and detonators are emplaced, a blasting machine is used to trigger the charge from a safe distance. The blasting machine both ignites the rocket motor and a time delay blasting cap for the main 40lb warhead. The rocket motor propels the warhead down the tripod leg. The nose cap of the warhead strikes the M57 firing device. The M57 sends an electrical impulse to the M6 blasting cap, which sets off the det cord and the M2A4 Shaped Charge warhead.

The 15 pound shaped charge warhead blasts through the roadbed and well below. The rocket, continuing along its path, buries the main warhead well below the surface. The delayed action detonators blow the main charge, and the cratering effect takes place. Typically, three to five M180s are connected and fired together to make one really big crater. Ive had the pleasure of actually watching one in action. But surprisingly, I was unable to locate a youtube of one in action. On the other hand, I did come across this clip of young Engineer officers performing cratering while at the Engineer Basic Officer Leaders Course. First with a hand emplaced shaped charge, they break sod, then hand emplace a cratering charge. The item "Military surplus Practice Demo Army Dummy Rocket War Head Inert Display Man Cave" is in sale since Sunday, October 14, 2018. This item is in the category "Collectibles\Militaria\Surplus\Other Military Surplus". The seller is "louisphotog" and is located in Callahan, Florida. This item can be shipped to United States.